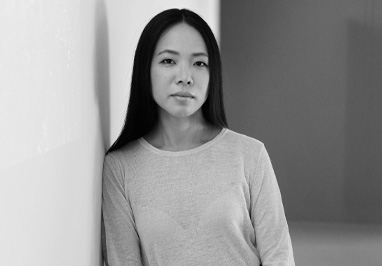 Sim Chi Yin walks us through her ongoing project “One Day We’ll Remember”: uncovering family secrets, visiting ancestral villages, collecting artifacts and archival materials, and making counter archives with family members and locals from her grandfather’s neighborhood in Gaoshang after he was deported from British Malaya for his anti-colonial resistance against the British occupying forces.

*In our first in-person episode, Alexandra had a chance to visit and interview Chiyin at her studio in Brooklyn, New York.

Sim Chi Yin is an artist from Singapore, currently based between Brooklyn and Berlin. For the first decade of her multifaceted career, she was a print journalist, foreign correspondent, and photographer. She was commissioned as the Nobel Peace Prize photographer in 2017 to make work about its winner, the International Campaign to Abolish Nuclear Weapons.

After quitting her job as foreign correspondent, she became an independent visual practitioner. She combines rigorous research with intimate storytelling, she pursues self-directed projects in Asia. Her work explores history, memory, and migration and its consequences. In particular, she dove into a lesser-known part of her own family history in “One Day We’ll Understand,” a project that revolves around her grandfather, Shen Huansheng, who was a left-wing journalist involved in the anti-colonial resistance movement in British Malaya. Through her careful documentation, in both film and photography, Sim considers the processes of remembrance and forgetting as well as the fragility of the notion of truth.

Her work has been exhibited in the Istanbul Biennale (2017), at the Institute of Contemporary Arts Singapore, the Annenberg Space For Photography in Los Angeles, Gyeonggi Museum of Modern Art in South Korea, and other galleries and institutions in Europe, the United States and Asia. Her film and multimedia work have also been screened at Les rencontres d’Arles and Visa pour l’Image festivals in France, and the Singapore International Film Festival. She has worked on assignments for global publications, such as The New York Times Magazine, Time Magazine, National Geographic, The New Yorker and Harper’s Bazaar.

Chi Yin won the Chris Hondros Fund award in 2018. A finalist for the 2013 W. Eugene Smith Grant in Humanistic Photography, she was an inaugural Magnum Foundation Photography and Social Justice fellow in 2010 in New York. She is now a tutor and mentor on the fellowship. In 2014, she was Her World Magazine’s “Young Woman Achiever of the Year”.

Chi Yin read history at the London School of Economics and Political Science for her first two degrees, and was a staff journalist and foreign correspondent for a decade before quitting to become an independent visual practitioner in 2011.