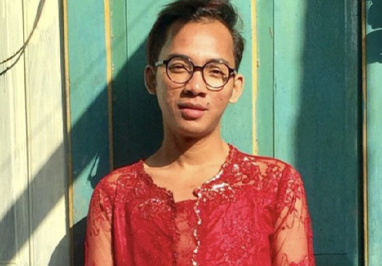 on Queer Migration Trajectories and Bridging Academia and Activism

Ragil Huda talks to us about his unconventional journey: growing up in a small village in South Sumatra, working with the transgender community in Yogyakarta, attending Islamic boarding schools in both Java and Sumatra, finding the right support system in Penang, his current work as an academic-activist, methods of knowledge production, community building, grassroots organizing, and how he stays motivated amid everything he does. Plus, Raminten, CIA exploits, and the burden of social media influencers. You’ll want some thick, teeming, hot sop kambing while you listen to this.

Ragil Huda is the Co-Founder of QTIBIPOC Hamburg, Program Curator & Community Organizer for ‘Queer’ Asia in Berlin, and a member of Soydivision, for which he is co-curating the upcoming KAUM Festival. He is also currently finishing his graduate studies at the Asien-Afrika Institut, Universität Hamburg. His community building and grassroots organizing centers on queerness, intersectionality, and the social-political realities of marginalized people through various methodologies and creative activism.