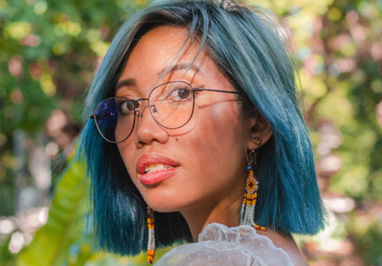 on the Ethics and Economics of Climate Change in the Philippines

In the most dangerous part of the world for activists, Mitzi Jonelle Tan continues to mobilize and organize movements for climate justice. She chairs the Youth Advocates for Climate Action Philippines (YACAP) and works with indigenous leaders in most affected areas.

Mitzi talks to us about Duterte’s infamous anti-terror bill and war of drugs, the right to freedom of speech and the human rights crisis in the Philippines, the dependency of the country’s economy on tourism and export of their natural resources, the interconnectedness of public policy, economics, education and climate change, as well as the feasibility of a sustainable lifestyle in the Philippines.