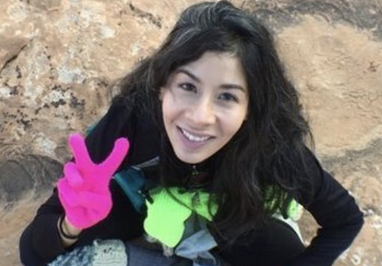 on Connecting the Thread Between Different Dialogues

We talk to Juliette Yu-Ming Lizeray about her adventures with the Cariocas of Brazil, making films with tsunami survivors in Aceh, working with repatriated migrants in Buenos Aires, syncretism between Afro-Cuban religions and Taoism & Buddhism in Cuba, and interviewing the Southeast Asian restaurateurs of New York City. Plus, surprising similarities that Juliette found between Rio de Janeiro and Singapore, Ruth’s take on “food wars” in Southeast Asia, and a little story about the time Barack Obama’s mother first came to Indonesia, as told by Hadipurnomo to Alexandra!

What is “carne de rã” codeword for?

Why is a cake that has no carrots called “carrot cake”?

What does it mean to be a multipotentialite in today’s world?

In classic Sugar Nutmeg style, let’s feast and find out!

Juliette Yu-Ming Lizeray is an anthropologist, writer, filmmaker, and visual artist based in Singapore and New York City. She obtained an MSc in Anthropology and Development from the London School of Economics, and a BA in Cultural Anthropology from Tufts University.

She conducted anthropological field research among tsunami survivors in Aceh, Central American communities in Boston, the Chinese diaspora in Cuba, indigenous communities in Brazil, and South American migrants in the informal settlements of Buenos Aires. More recently, she has carried out research on music and intercultural theater in Singapore.

Juliette also works as a freelance writer and has published exclusive stories about Singapore’s doomsday preppers, furries, buskers and sneakerheads, as well as on ghost-hunting, sustainable urban farming, and the oldest Teochew opera troupe in Singapore.

Her first book, The Human Spirit Can Overcome Tragedy, is about Acehnese tsunami survivors. Her ethnography of the Central American Solidarity Movement and grassroots organising was published by the Tufts University Anthropology department.

As a visual artist, she has received several international awards for her documentary and experimental films. Her work has screened at festivals in over 45 countries, including États Généraux du Film Documentaire (France), the Anthology Film Archives (USA), Cine Esquema Novo (Brazil), and Women in Film and TV International Showcase (USA), among others.

Juliette’s video art and installations have shown at galleries in Rio de Janeiro and New York City. Bringing together her love of anthropology, storytelling and the moving image, she worked as a filmmaking instructor at the Fluminense Federal University in Rio de Janeiro, traveling across Brazil to empower members of indigenous communities to tell their stories through documentary films.

The program of films she curated, “Dialogues with the Unseen: Short Films from Southeast Asia” is currently playing at the Museum of Moving Image: www.movingimage.us/event/dialogues-with-the-unseen-short-films-from-southeast-asia