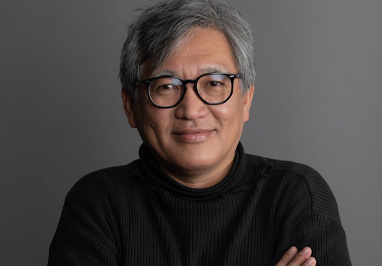 on the Complexities and Intricacies of Indonesia's Multi-Ethnic, -Religious, and -Cultural Makeup

A travelogue exploring the dynamics of ethnic and religious tension throughout the many islands in the Indonesian archipelago, “Race, Islam and Power: Ethnic and Religious Violence in Post-Suharto Indonesia” is a book by Andreas Harsono that summarizes the reality of Indonesia. He talks to us about why this country is so complex to comprehend and so obscure to the rest of the world, despite being the 4th most populous country and one of the top economies in the world.

Andreas Harsono is an international human rights activist, journalist, and book author. He has covered Indonesia for Human Rights Watch since 2008. Before joining Human Rights Watch, he helped found the Jakarta-based Institute for the Studies on Free Flow of Information in 1995, and in 2003 he helped create the Pantau Foundation, a journalist training organization also based in Jakarta. A staunch backer of the free press, Harsono also helped establish Jakarta’s Alliance of Independent Journalists in 1994 and Bangkok’s South East Asia Press Alliance in 1998. In 1999-2000, he was a recipient of the Nieman Fellowship at Harvard University. He is a member of the International Consortium for Investigative Journalists (Washington, DC).

Harsono began his career as a reporter for the Bangkok-based Nation and the Kuala Lumpur-based Star newspapers. In Indonesian, his published books in Indonesian include Jurnalisme Sastrawi: Antologi Liputan Mendalam dan Memikat (with Budi Setiyono) and “Agama” Saya Adalah Jurnalisme. In English, his newest book Race, Islam and Power: Ethnic and Religious Violence in Post-Suharto Indonesia is available for purchase.