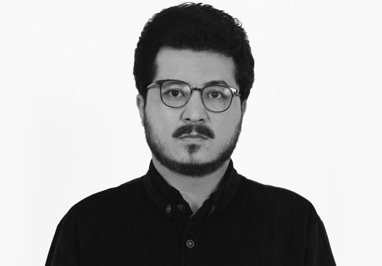 on Seeking Refuge in Indonesia

Abdul Samad Haidari is a Hazara-Afghan journalist turned refugee poet, currently in Indonesia waiting for resettlement. Besides volunteering as a humanitarian-aid worker and teacher, Abdul is the author of the poetry collection “The Red Ribbon,” which is the 3rd best-selling book in Indonesia.

Abdul talks to us about his background, his family, his book, his activities with the refugee community as well as the literary circles in Indonesia, coping with trauma, religion and censorship in Indonesia versus Afghanistan, and his views on life in Indonesia as a refugee.

Abdul fled his home country at the age of seven and grew up wandering in Pakistan and Iran as a child refugee, and was separated from his family for the majority of his childhood. For two years, at the age of eight and nine, he was forced into child labour in the construction industry in Iran. In contrast, Pakistan offered refugees like him the opportunity to study and work. This education and work experience culminated in Abdul teaching computer studies and English language courses at the Intel Computer Center and Pak Oxford Professionals.

After the collapse of the Taliban government, Abdul returned to Afghanistan thinking that the security situation had improved, and that he could take part in the reconstruction of his war-torn country. With this in mind, Abdul served as a freelance journalist and humanitarian aid-worker in areas of the country that remained dangerous to civilians because of the influence of terrorist groups. Abdul served with the Norwegian refugee council (NRC), ActionAid Afghanistan, Daily Outlook Afghanistan group of newspapers, and The Daily Afghanistan Express.

As a freelance journalist, Abdul wrote articles and editorials about on-the-ground realities, which were then circulated widely. These had a particular focus on women and children’s rights, corruption, transparency and accountability in government, warlords and terrorist groups’ actions and the systematic persecution of minority groups in both Afghanistan and Pakistan. Abdul was invited to Ubud Writers & Readers Festival in 2019. He attended several literary festivals in Jakarta and spoke in various human rights panel discussions with the UNHCR, IOM, and in other refugee-focused discussion groups. He is currently working on his PTSD book and has a few books of poetry, ready for editing to be published.